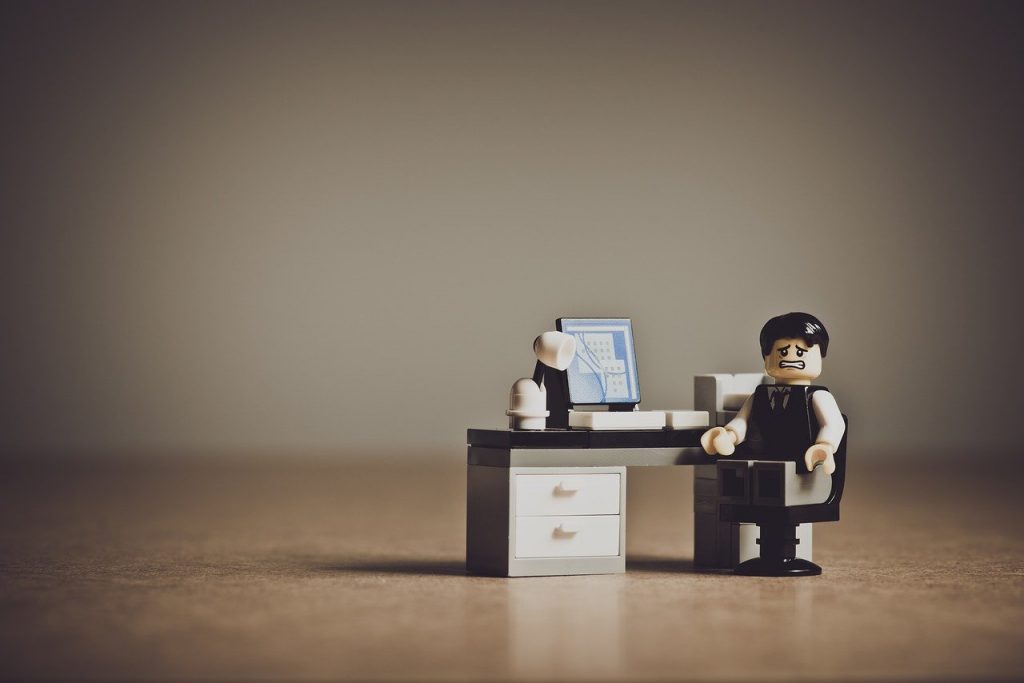 Recent versions of ServiceNow have featured a checkbox field on the UI Policy Action form (for both Catalog UI Policies and standard UI Policies) labeled “Clear the variable value” (or “Clear the field value” on standard UI policies). The use of this checkbox is straightforward: It clears the value held by the associated variable/field when the UI Policy evaluates to true.

However, care must be taken when determining what the “true” condition for the UI Policy should be or you may encounter initially unexpected behavior. 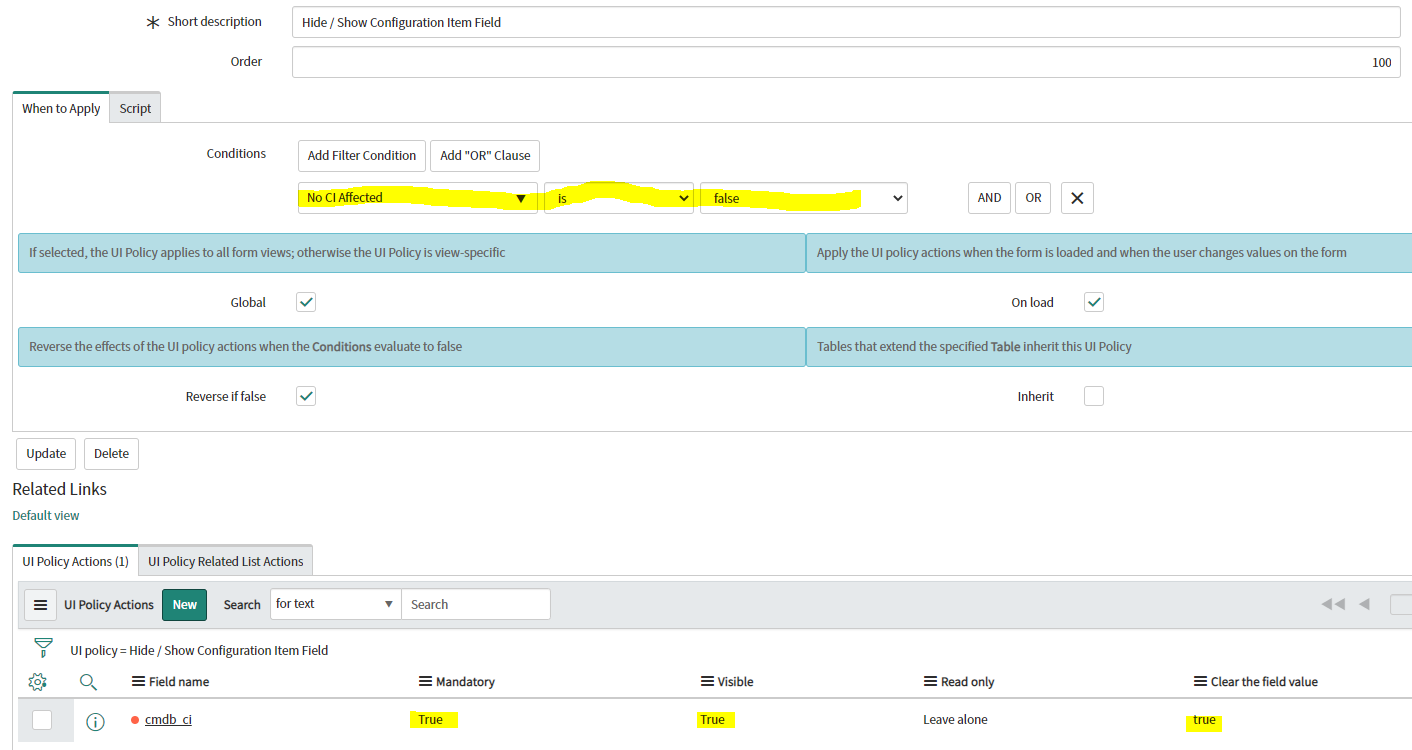 This configuration may appear to work. The field will hide/show appropriately when the checkbox is checked/unchecked, and simply putting in a value and checking/unchecking the box to test clearing the value will work as well. However, and issue would be noticed, in practice, upon loading a saved incident form. If a Configuration Item value is saved, it’ll be cleared by the UI Policy on-load! 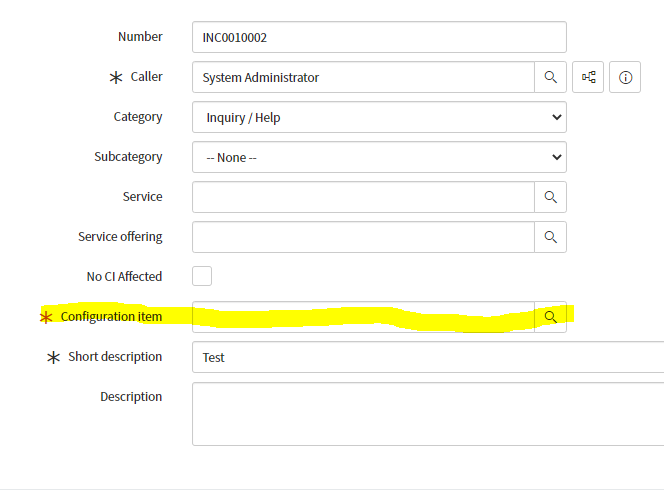 To avoid the issue in this case, we just need to flip the condition/policy action logic. The UI Policy should trigger when “No CI Affected” is true and, in that case, the Configuration Item field should be set to Mandatory: False and Visible: False. This will still give us the form behavior we expect, without additionally clearly the field on-load.

If this narrow issue case can be avoided, the “Clear the Field/Variable” checkbox is a convenient measure to avoid having to create client scripts to perform similar actions, which was necessary in earlier versions.